RSS
← Why Do Some Women Stoop This Low?
Daily Inspirational Sip →

Some people just deserve a special V.I.P. section in hell.

“Disney is making a movie about Mo’Ne Davis? WHAT A JOKE. That slut got rocked by Nevada”

Do you know that Mo’ne Davis is a 13/14 year-old, little league, female baseball player with a lot of talent.  She gained worldwide recognition as an unbelievable pitcher among all boys in the 2014 Little League World Series.

Why on earth would someone refer to an innocent teenage in this matter?  Why use the word slut?  Mo’ne Davis doesn’t have a sex tape out, she’s not taking booty shots on the internet and riding plastic penises like Miley Cyrus.  Why would he fix his fingers to type something like that out about her????? 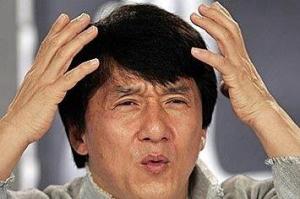 I was so upset about it because it’s senseless.  And guess what?  Because of his tweet, Mr. Casselberry was removed from his college baseball team even though he is the 2nd best hitter on the squad.  His college, Bloomsburg, responded quickly to his actions and punished him swiftly.  After the trouble it caused, Casselberry deleted his Twitter account after posting this tweet:

“An example that one stupid tweet can ruin someone’s life and I couldn’t be more sorry about my actions last night,” he wrote. “I please ask you to…Forgive me and truly understand that I am in no way shape or form a sexist, and I am a huge fan of Mo’ne. She was quite an inspiration.”

And do you know that this beautiful girl has actually reached out to the Pennsylvania college and asked them to reinstate Casselberry?  She admits in the article below that the tweet got to her a little bit but that she doesn’t think he should be punished so harshly.  So much class at such a young age!  I really respect her even more than I did before.

We love you Mo’ne and support you!

Pics from celebblackkids.com and bet.com.

Article from washingtonpost.com by Cindy Boren.

Posted by hothoneyedcocoa on March 25, 2015 in Are you Serious Sips

← Why Do Some Women Stoop This Low?
Daily Inspirational Sip →