Oh snap, a lioness done got herself a baby baboon!

Buuuuutttttt she caught it and is doing the opposite of what it would do with a human.

She’s loving it to death and raising it as her own.

Look at these adorbable pictures…. 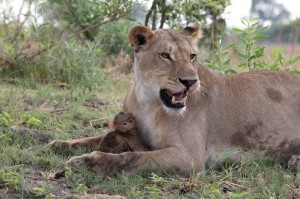 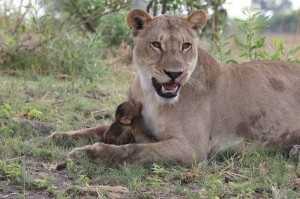 Anywho, I love to see where nature surprises us.  I would’ve thought that baboon would’ve been an appetizer to it’s parent as dinner or something.

I would love to see how it acts later on in its life.  Will he act like a lion or a baboon?  So many questions.

Pics and article from littlebudha.com.

Posted by hothoneyedcocoa on April 7, 2015 in Are you Serious Sips